No thanks
Continue
Whoops!
Your free trial of Curious+ has expired
Person, Place, or Thing
Our encyclopedia of the odd and awe-inspiring.
Previous Next
March 17, 2019
1 CQ
Thing: Light 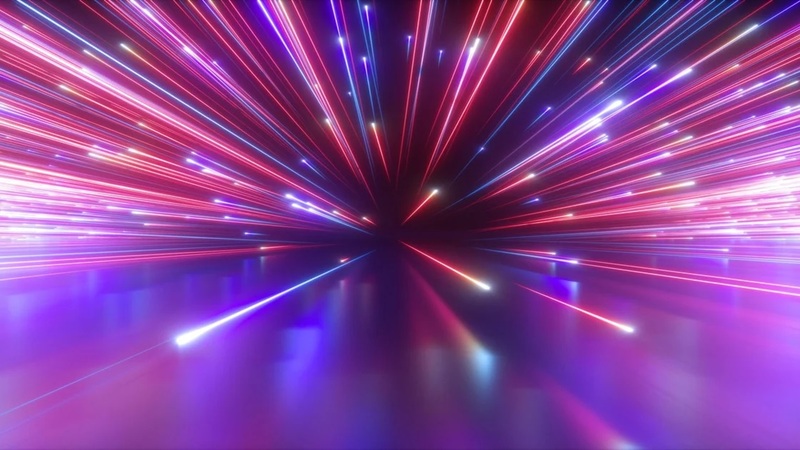 Physicists unravel the secret wonders of light.
Seeing isn't always believing—especially when your subject travels at 186,282 miles per second. For this reason alone, the nature of light puzzled scientists for centuries. But thanks to luminaries like Albert Einstein, who finished his groundbreaking paper on the photoelectric effect on March 17, 1905, we now know how it manifests itself. So, in honor of Einstein, we're shedding light… on light.
One of the first physicists to hypothesize that light consists of particles was English polymath Isaac Newton, who conducted optics experiments in the 1600s. He noticed light obeys stringent geometric rules when bounced off of mirrors, just like bouncy balls and other physical objects. However, one of Newton's contemporaries contravened him; Dutch physicist Christiaan Huygens believed that light traveled in waves, with crests and troughs analogous to ocean tides.
By the 1800s, scientists further observed the wavelike properties of light, causing them to dismiss Newton's particle theory. British polymath Thomas Young, for example, noticed that light undergoes modification when shined through slits; similar to water, it bends around barriers and appears different once it passes through them. This modification process is called diffraction.
Scottish mathematician James Clerk Maxwell further connected the dots. His contemporaries noticed that electric currents manipulate magnetic compasses, and that magnets generate electric currents in wires. This relationship between electricity and magnetism is known as electromagnetism. Maxwell interrogated this relationship and discovered that light is carried by electromagnetic waves. Simply put, light is a form of electromagnetic radiation: a class of radiation which includes everything from visible light to radio waves to X-rays.
By 1900, scientists were certain light was a wave. Then German physicist Max Planck posited an unorthodox solution for the photoelectric effect. The term refers to how a metal becomes positively charged when bathed in light; something inside light behaves like a billiard ball, knocking negatively charged electrons out of metallic surfaces. Planck suggested that light "packets" of some sort were causing this emission of electrons. Most of the scientific community remained skeptical.
Enter Einstein and his own paper on the photoelectric effect. In 1905, Einstein theorized that both light and matter are composed of tiny quanta (units) that exhibit wavelike properties. Matter consists of electrons, protons, and neutrons, while light consists of photons. What made Einstein's theory so groundbreaking was that it argued a photon simultaneously behaves like a wave and a particle: this is called wave-particle duality.
What this indicates is that a photon—and by proxy, light—is something we can't fully imagine yet. But that doesn't mean humankind isn't trying to harness photons for practical purposes. In 2017, Chinese scientists instantly teleported information 300 miles above Earth to a satellite by transferring the properties of one photon to another through a mysterious and unfathomed process called quantum entanglement. Quantum teleportation of this kind, however abstruse, could eventually result in a new communication network: one faster and more secure than digital transmission. In other words, our grandkids might be communicating with light—faster than the speed of light!
Image credit & copyright: Shutterstock

More about this Curio:
NPR: "Albert Einstein's Year of Miracles: Light Theory"
Grandinetti Group: "Quantum Theory of Light"
ThoughtCo.: "What Is a Photon in Physics?"
BBC: "What is a ray of light made of?"