No thanks
Continue
Whoops!
Your free trial of Curious+ has expired
Person, Place, or Thing
Our encyclopedia of the odd and awe-inspiring.
Previous Next
February 17, 2019
1 CQ
Thing: Armory Show 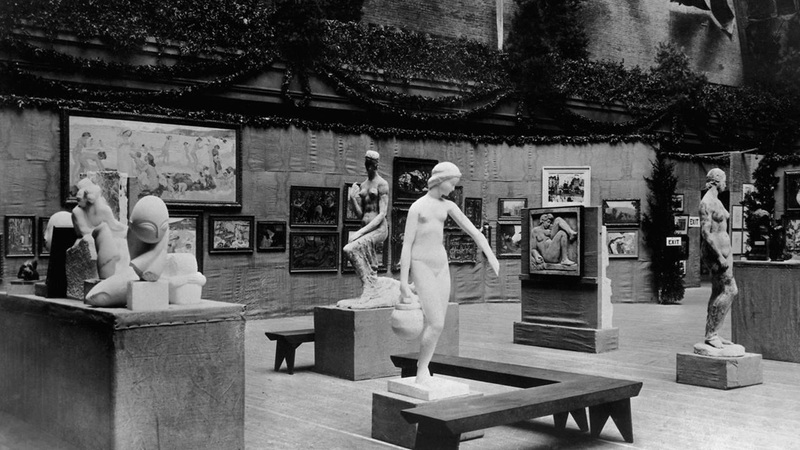 An art exhibition opens in New York City and redefines American perceptions of beauty.
Yeah, yeah, beauty is in the eye of the beholder. The platitude is a given in our day and age; but for Americans living at the beginning of the 20th century, not so much. Art critics of the era insisted upon strict adherence to classical values and aesthetics, until a group of rebellious artists called the Association of American Painters and Sculptors orchestrated the legendary Armory Show. The exhibition, which radically transformed American perceptions of art, took place on today's date in 1913.
At the turn of the century, New York City's harbors teemed with steel ships and its towers rose to unprecedented heights. But the modernization of its art scene remained stagnant. Most of the Big Apple's galleries catered to the Old Masters, holding up classical depictions of beauty alongside 19th-century realism. As European galleries clamored over the emerging Fauvist, Cubist, and Futurist styles, those in the U.S. remained out of touch with the times.
Then, in 1911, a group of progressive artists met at the Madison Gallery in New York’s Upper East Side. Dubbing themselves the Association of American Painters and Sculptors (AAPS), they conspired to revolt against conservative art institutions by launching an avant-garde exhibition, with Arthur Bowen Davies acting as its principal organizer. Davies, alongside fellow members, scoured Europe in search of any forward-thinking artists they could find for the exhibition. Meanwhile, other members corralled American artists who had thus far been shunned by conservative institutions, namely the National Academy of Design.
Throughout 1912, Davies and AAPS member Walt Kuhn amassed an arsenal of modernist paintings in Europe, which included Henri Matisse's Blue Nude (1907), Picasso's Standing Female Nude (1911), and other masterpieces. Back home, AAPS members wrangled paintings, sculptures, and sketches from a couple hundred American artists, like landscape abstractionists Albert Pinkham Ryder and Leon Dabo. Finally, the International Exhibition of Modern Art, aka the Armory Exhibit, was ready after a year of furious efforts.
On Feb. 17, 1913, the exhibit opened to a tempest of reactions. Critics balked at the "primitive" work of European modernists and compared the show to an insane asylum. In regards to the violently abstracted paintings, one connoisseur remarked, "It makes me fear for the world…. Something must be wrong with an age which can put those things in a gallery and call them art." American artists at large, however, were enraptured. Marcel Duchamp's Cubist-inspired Nude Descending a Staircase, in particular, resonated with those wary of classical styles. The piece, which was described as "an explosion in a shingle factory," depicts not a woman, but the motion of a woman clearing steps—a truly revolutionary concept at the time.
Some 87,000 people visited the Armory Exhibit in New York, with many of them walking away realizing, for the first time, the limitless potential of art. For centuries, artists had been expected to perfect form by way of raw technical skill; suddenly, the potential of art as a mode of expression was unleashed on the U.S., making way for the abstract expressionists of the '50s and the pop artists of the '60s. Critic Harriet Monroe of the Sunday Tribune wrote of the freshly exposed modernists: "These radical artists are right. They represent a search for new beauty... [and] a longing for new versions of truth observed."
Below: pieces from the 1913 Armory Show, including Marcel Duchamp's Nude Descending a Staircase No. 2, 2012; Paul Gauguin's Parau na te Varua ino (Words of the Devil), 1892; and Wassily Kandinsky's Improvisation 27 (Garden of Love II), 1912. 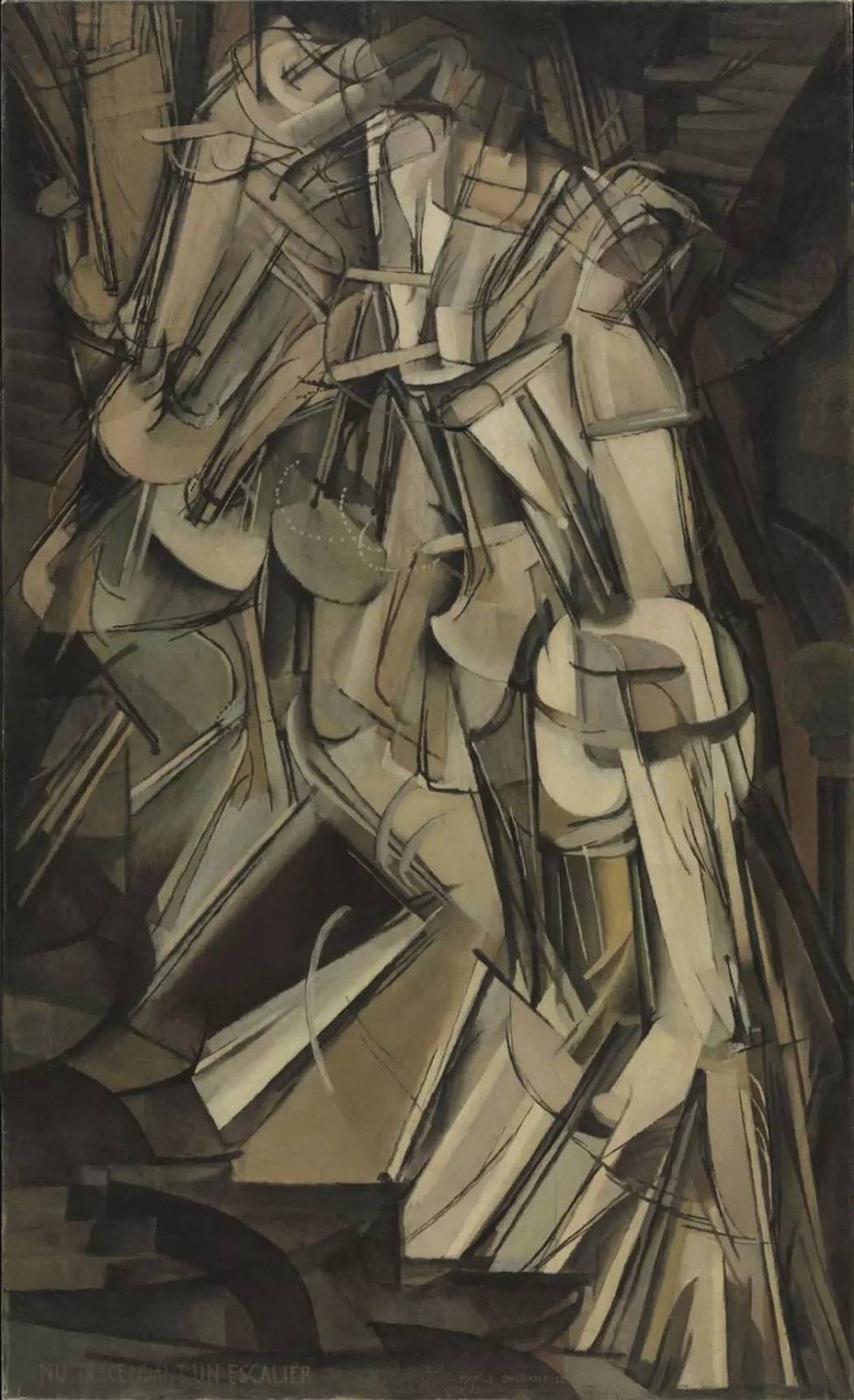 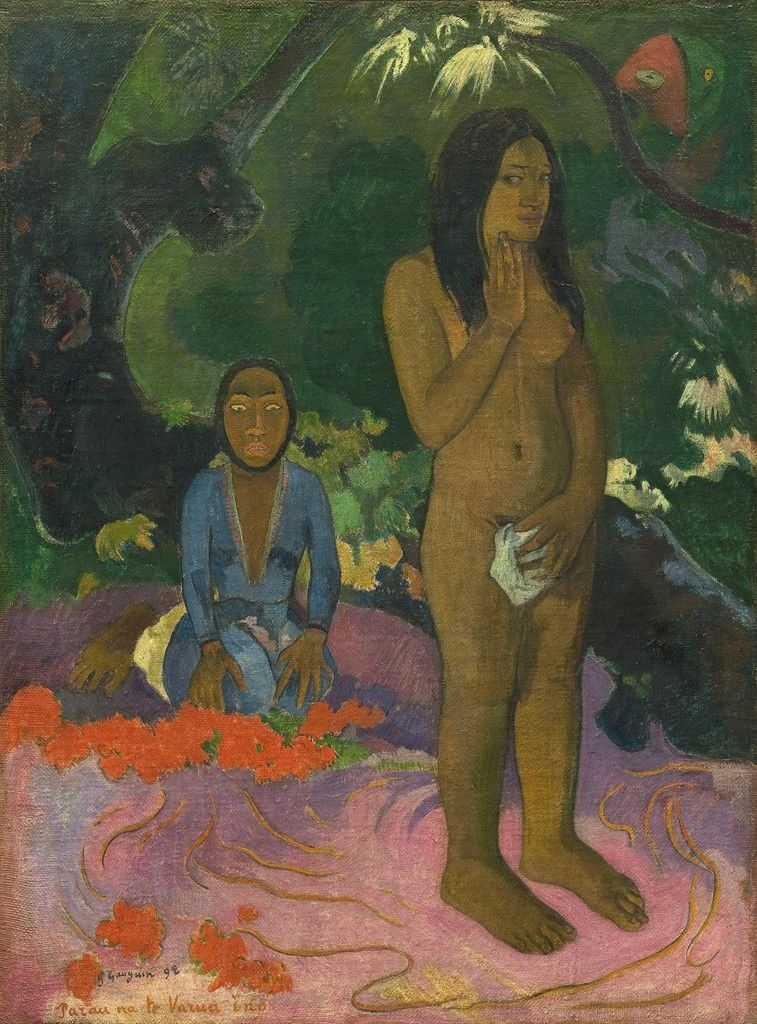 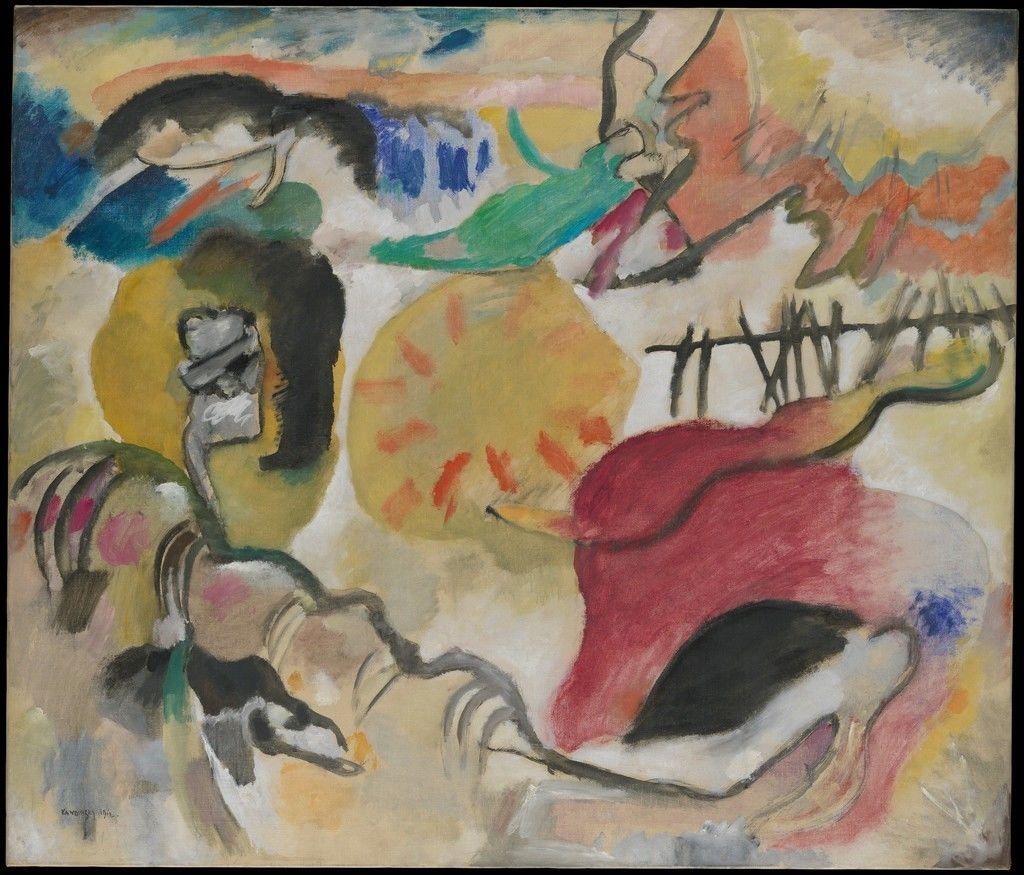 
More about this Curio:
NPR: "'Armory Show' That Shocked America In 1913, Celebrates 100"
Artsy: "How the 1913 Armory Show Dispelled the American Belief that Good Art Had to Be Beautiful"
Smithsonian Magazine: "Document Deep Dive: The Most Influential Art Show You've Never Heard Of"
BBC News: "The Armory Show: The art exhibition that shocked US in 1913"