No thanks
Continue
Whoops!
Your free trial of Curious+ has expired
Person, Place, or Thing
Our encyclopedia of the odd and awe-inspiring.
Previous Next
January 13, 2019
1 CQ
Place: Spindletop Hill 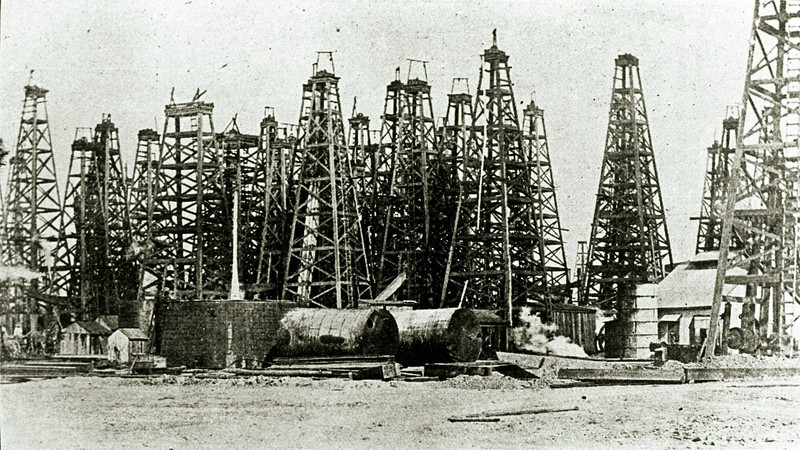 The black gold rush.
If one location can be said to have brought the U.S. into the 20th century, it's Spindletop Hill. In less than two years, the Texan locale brought about the Age of Oil and managed to fuel not just the engines of the future, but the dreams of prospectors looking to strike it rich in the American West.
Spindletop Hill and its neighboring town, Beaumont, were part of the agriculture and lumber industries in the 1800s when interest grew significantly in the location's natural oil and gas reserves. It's said that nearby Native tribes knew about petroleum in the land for centuries; in the 1500s, Spanish conquerors caulked their ships with oil from Sabine Pass near the Gulf of Mexico.
After the Civil War, Confederate commander Dick Dowling attempted to drill a well in nearby Sour Lake to no avail. The next serious attempt to find oil was by amateur geologist Patillo Higgins, who convinced himself there was "black gold" to be had at the salt dome formation on Spindletop. (Salt domes are made of sedentary salt forced upward from the ground, sometimes trapping oil or gas.) Higgins formed the Gladys City Oil, Gas, and Manufacturing Company in 1892; after three failed drilling attempts at Spindletop, he left the company a few years later.
With momentum and investor money still behind him, Higgins made a lease agreement with Captain Anthony Lucas, a Croatian-American oil explorer and engineer. Lucas made more attempts at plunging into Spindletop Hill, though even more impasses would hinder his work: at 200 feet, a layer of sand impaired drilling; at 900 feet, the new and very expensive hydraulic drill collapsed. But at 1,210 feet, Lucas finally struck black gold. On the morning of January 10, 1901, a stream of crude oil erupted out of the ground and shot over 200 feet into the air. The eruption lasted nine days until it was contained, but the effects of the "Lucas Gusher" would last for over a century.
The oil rush hit Beaumont hard. In just a year, the population swelled from 8,000 to 60,000. About 285 wells were operating on Spindletop, with over 600 oil companies established in the area, many of which would evolve into contemporary companies like Texaco (The Texas Company), Humble (Exxon), and Sun Oil. In a land grab anecdote that puts contemporary housing price spikes to shame, a man whose Beaumont land had been worth $150 the previous year sold his lot for $20,000, which was sold again not 15 minutes later for $50,000. Because of the great wealth and losses incurred—not to mention the prevalence of con artists—the location quickly earned the nickname "Swindletop Hill." In total, an estimated $235 million was invested in oil between 1901 and 1902, and Spindletop made the U.S. a leading producer of oil in the industrialized world.
In 1902, Spindletop produced over 17 million barrels of oil; by 1904, that number had dropped to 10,000. A second boom happened in 1925, though with far higher prices for land, which prevented the normal rush of wealth-seekers and con artists. The salt dome eventually subsided and mining of sulfur and brine took over. But the importance of Spindletop's oil production forever changed the landscape of eastern Texas, and the oil-fueled 20th century.
Below: a photograph of Spindletop's eruption and a portrait of Anthony F. Lucas. 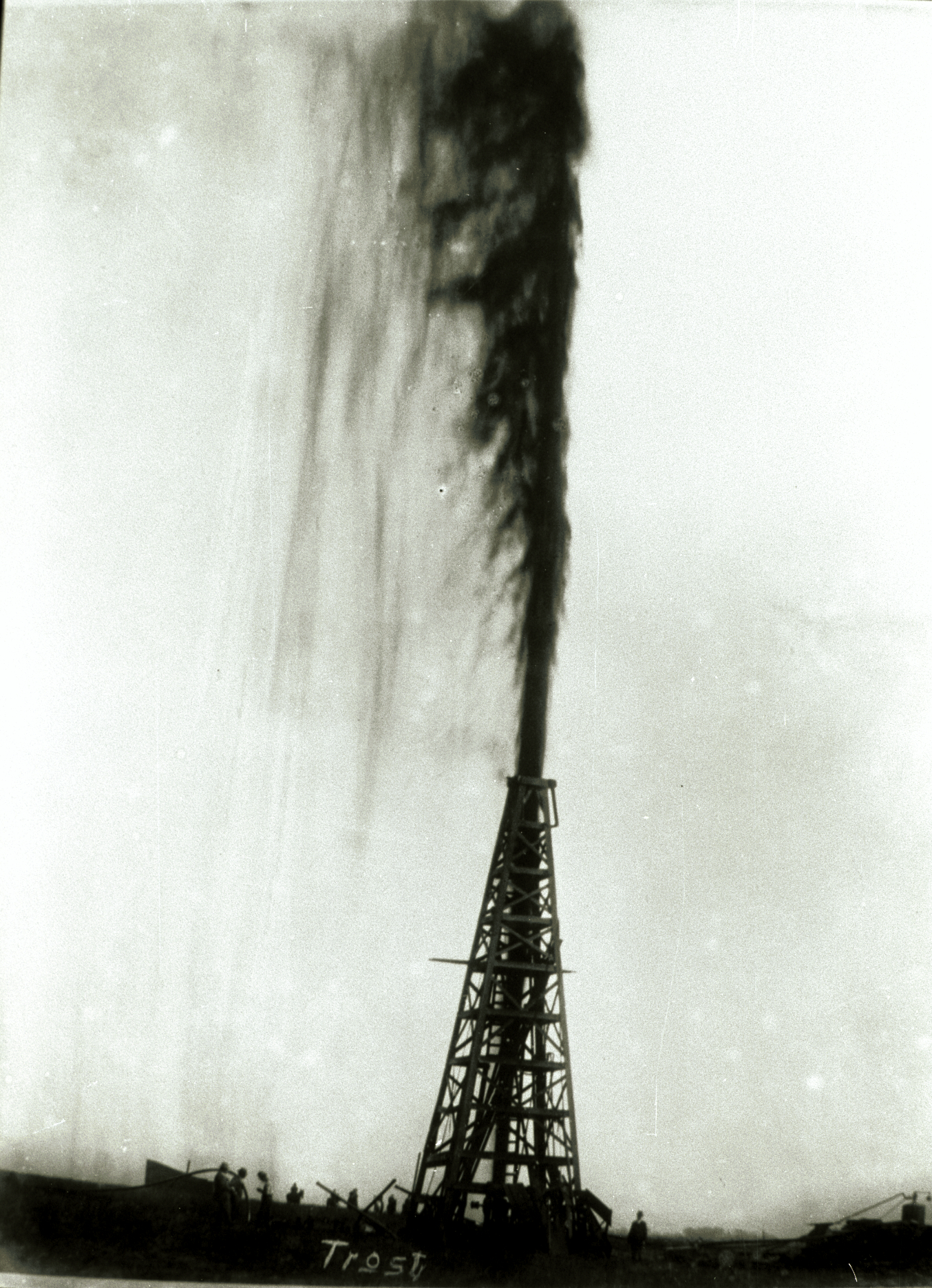 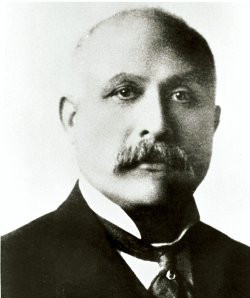