No thanks
Continue
Whoops!
Your free trial of Curious+ has expired
Art Curio
A daily dose of visual culture.
Previous Next
August 6, 2018
1 CQ
Wain's trippy kitties 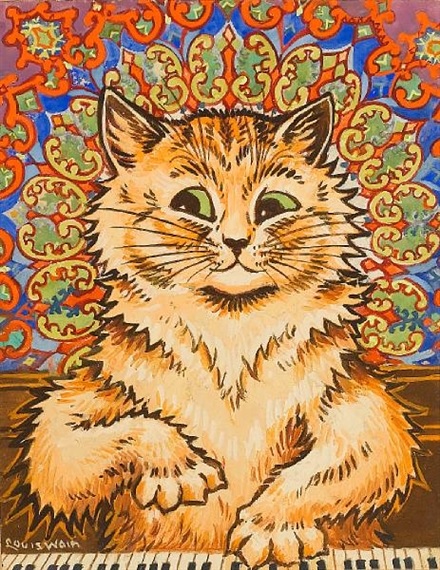 
When did Keyboard Cat get so groovy? In the 19th century, English illustrator Louis Wain critiqued Victorian society with his tea-sipping, anthropomorphized felines—but it seems his kitties added something suspect to their brew. Born August 5, 1860, Wain likely painted this furry pianist in one of the many psychiatric hospitals he was shunted to later in his life, after he was diagnosed with schizophrenia. To achieve such rich color and thick strokes, Wain painted with opaque watercolors called gouache. He never dated his doodles, but art historians tend to sort this jazzy feline amongst his earlier works, for as he aged, the cats gradually disengaged into wonderful psychedelia: vivid abstractions that give Buddhist mandalas a run for their technical money. He experienced what he called "visions of extraordinary complexity," but retained much of his artistic training, even as he wholly lost autonomy. Thanks to a petition by sci-fi author H. G. Wells, a fan of Wain's, the artist was allowed to live in an Edenic garden amongst a colony of cats during his prolific final years.
Below: more of Wain's mind-bending meowmers. 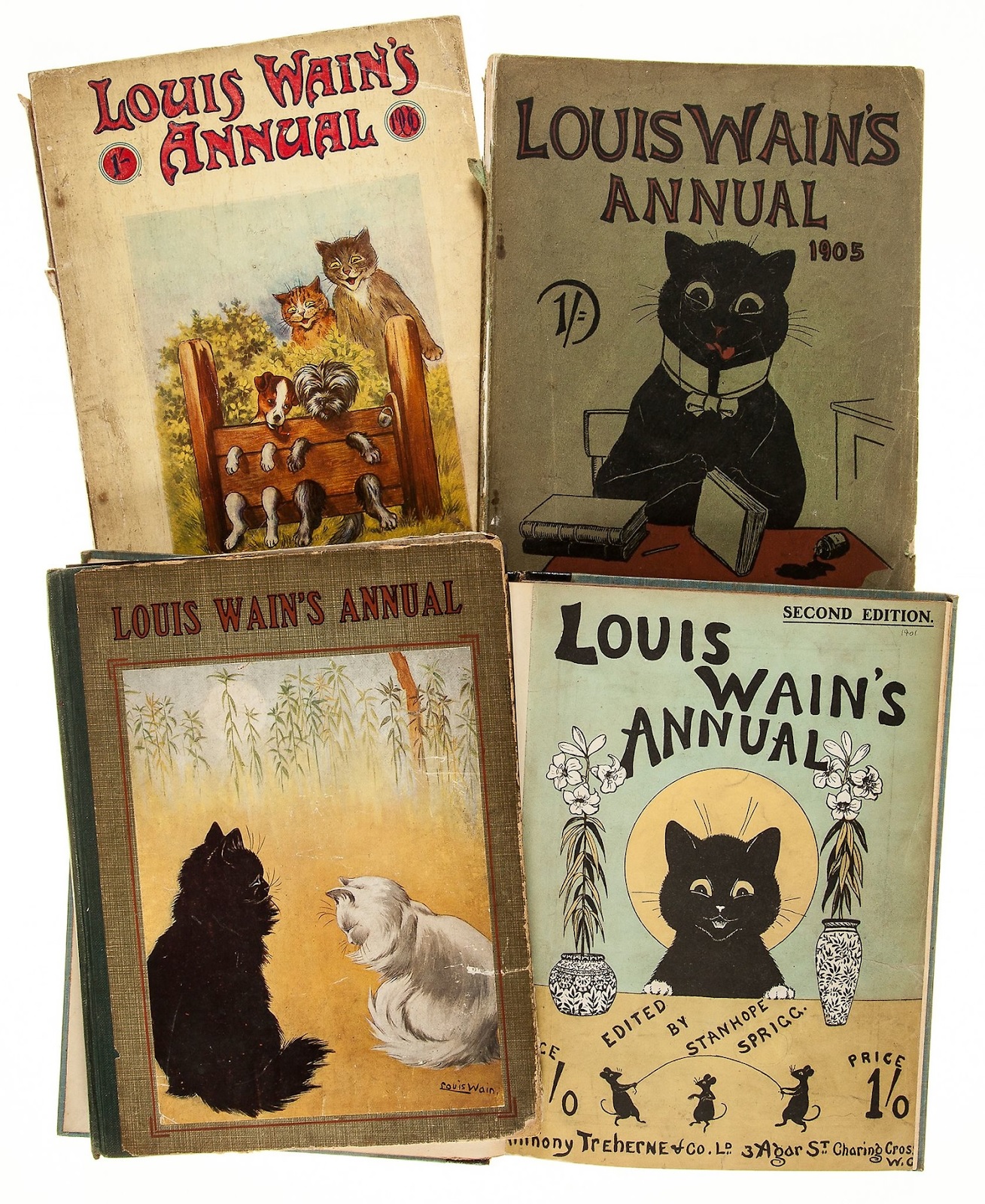 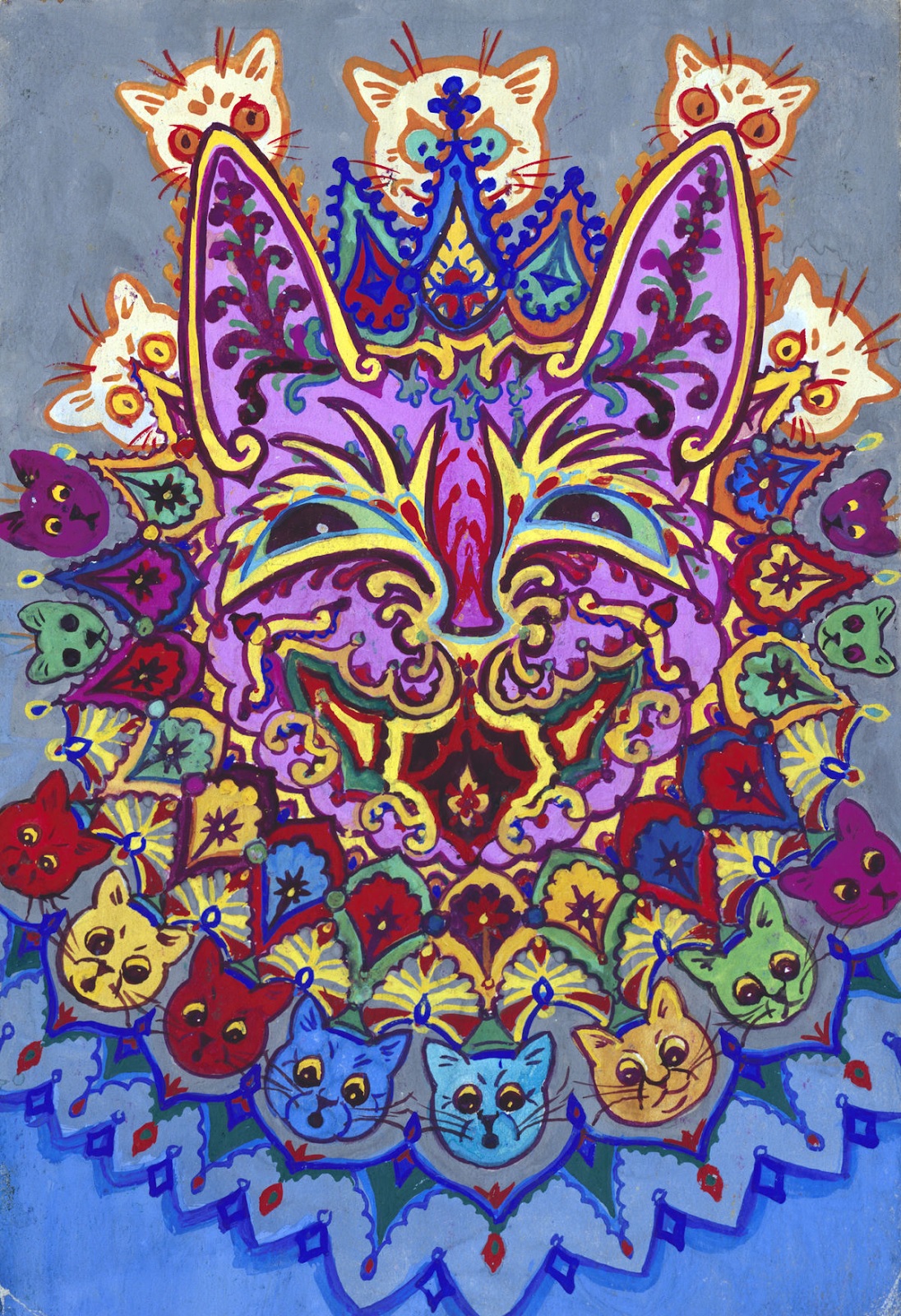 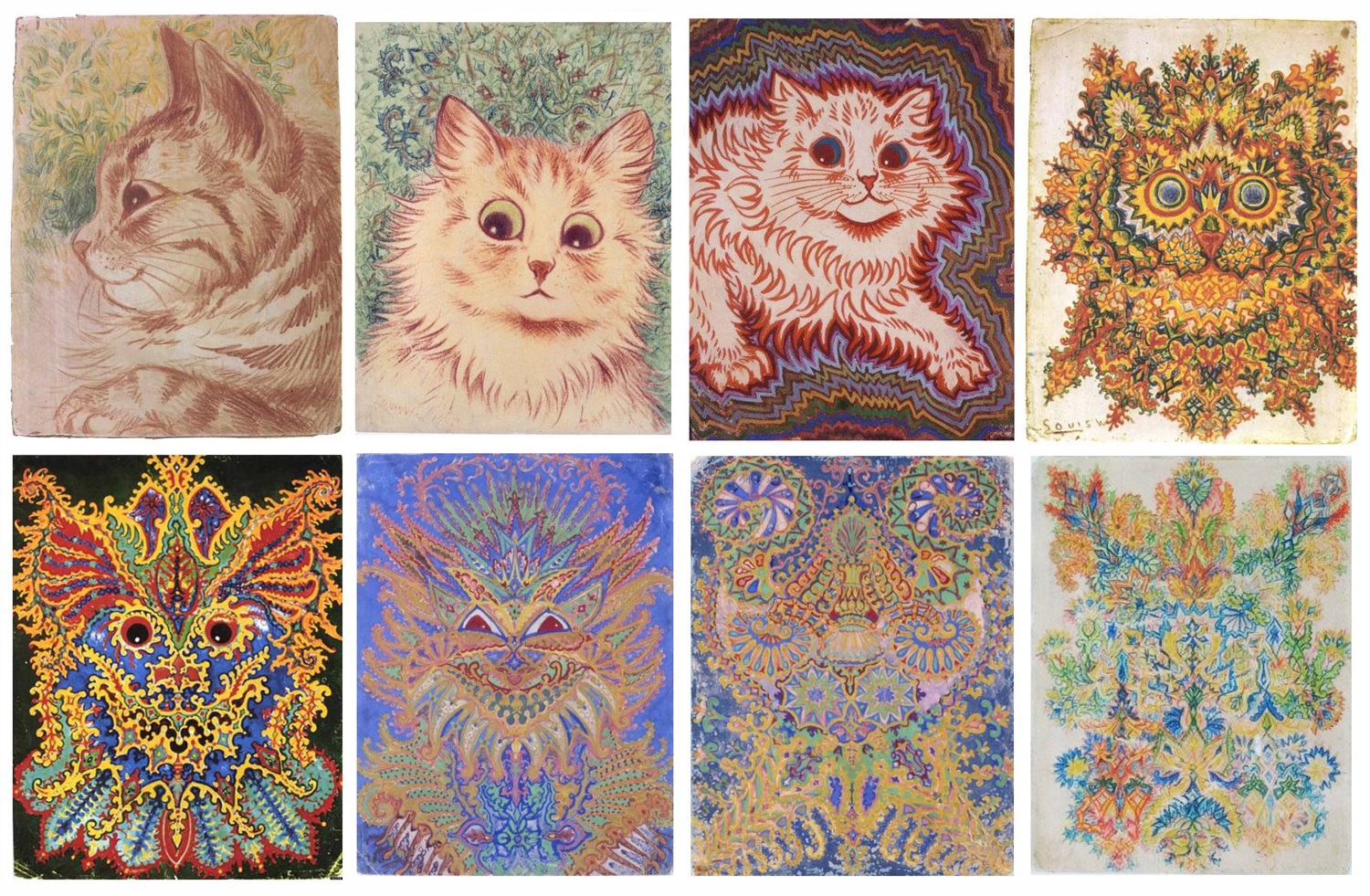