No thanks
Continue
Whoops!
Your free trial of Curious+ has expired
Person, Place, or Thing
Our encyclopedia of the odd and awe-inspiring.
Previous Next
April 29, 2018
1 CQ
Thing: Fascinators 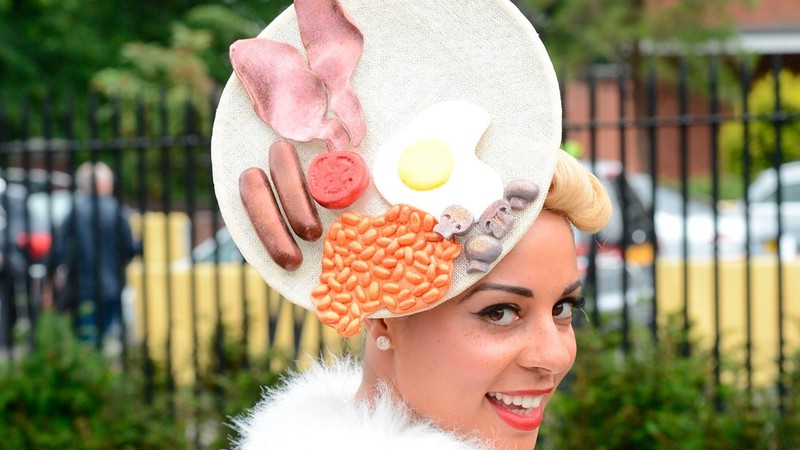 Tiny hats, big statements.
From Kate Middleton's elegantly-woven headpieces and Johnny Weir's golden pegasus, to the above full-English breakfast piece, the fascinator is the sartorial gift that keeps on giving. Originally a name for lacy or crocheted head shawls, fascinators now refer to small hats with large, decorative crowns that are often seen at fancy events like the upcoming Kentucky Derby. But their showiest attribute isn't actually their crazy design; it's how they embody the evolution of European fashion and cultural trends over the last 500 years.
As with any other "shady" artifact, the fascinator traces its roots back to money. Prior to the Renaissance, headwear was primarily used for sun protection and ritualistic purposes. With the rise of the merchant class in Europe, extravagant clothing once reserved for royalty became available to anyone who could pay for it. A fascinator predecessor, the floppy Tudor bonnet of 16th-century British aristocracy, was worn in tilted positions and decorated with bits and baubles of feathers, pearls, or gold. The more expensive and frivolous the bonnet, the greater the social standing of the wearer.
Extravagant headpieces remained staples of European courts into the 18th century, often with France's feudal heads and its milliners (hat makers) leading the newest style craze. Bigwig and French Queen Marie Antoinette's fontange headdress reached new heights with its scale model of the frigate battleship La Belle-Poule. But as the French Revolution took down Antoinette and her husband, King Louis XVI, the lavish fashion associated with their absolute monarchy became culturally reprehensible.
Small-brimmed doll hats for women eventually found their way back into the fashionable trends of 19th-century Victorians, and early 20th-century flappers began decorating their bell-shaped cloche hats with bows and jewels to reflect the opulence of the times. The trend of fascinators as we currently know them can be traced back to the 1980s, and to the designs of London-based milliners Stephen Jones and Philip Treacy. Their gravity-defying and sometimes bizarre headwear (think doll legs arranged into a mohawk) gained popularity as Princess Diana and model Grace Jones began donning the wearable art pieces.
These days, the lavish little fascinators are fashion staples at British royal weddings, and will likely make some grand appearances at Prince Harry and Meghan Markle's ceremony in May. The tradition of fascinators at the Kentucky Derby, taking place this Saturday, likely takes cues from British horse racing celebrations like the Royal Ascot Races of Berkshire. What's next for the cocktail hat that can't be tamed? We're not exactly sure, but we bet it'll be tops!
Below: one of the early proponents of Jones and Treacy's fascinators was British fashion icon Isabella Blow; Kate Middleton's understated feathery hat; olympic ice skater Johnny Weir's white and gold pegasus cap-homage to the Kentucky Derby. 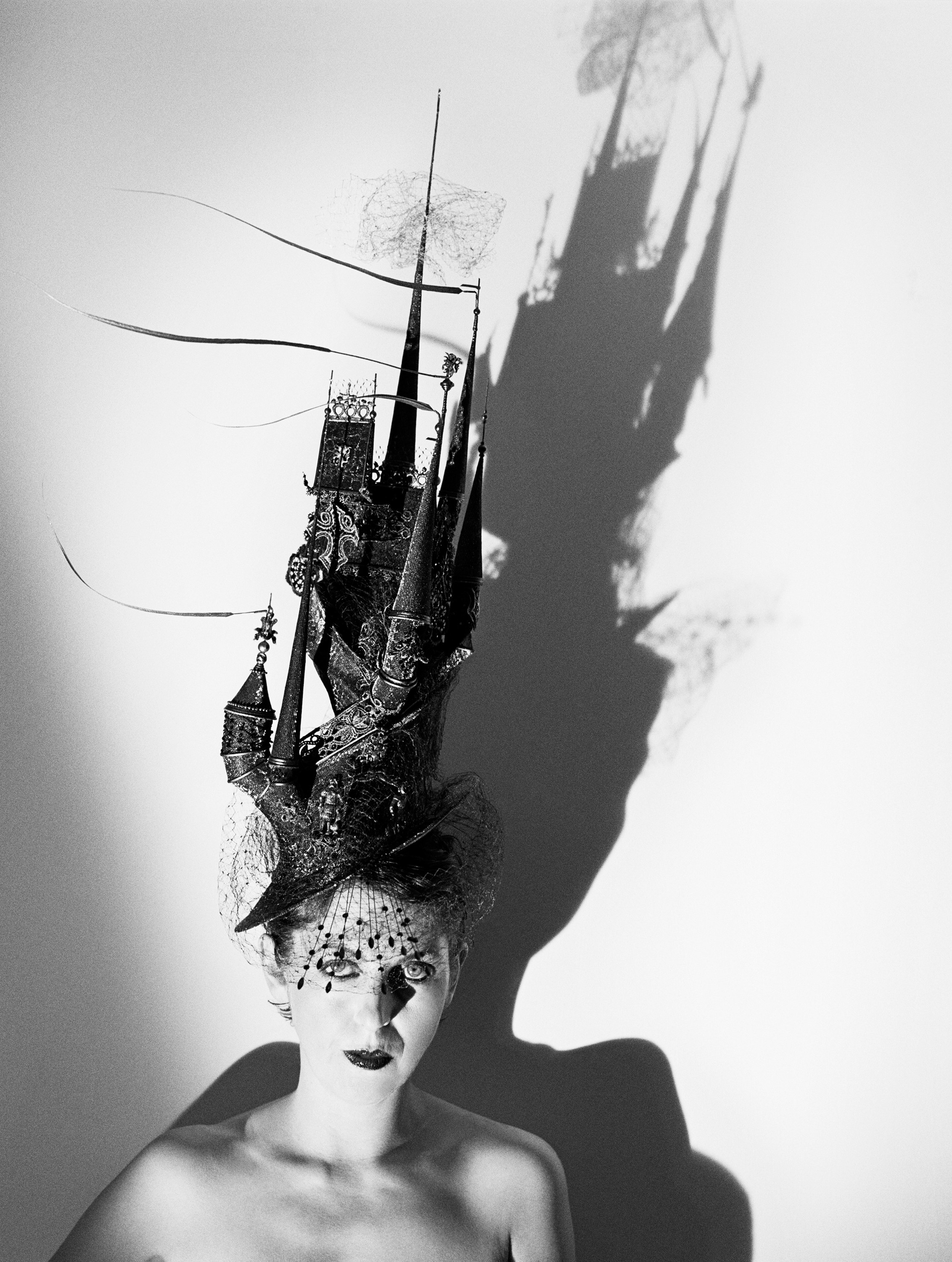 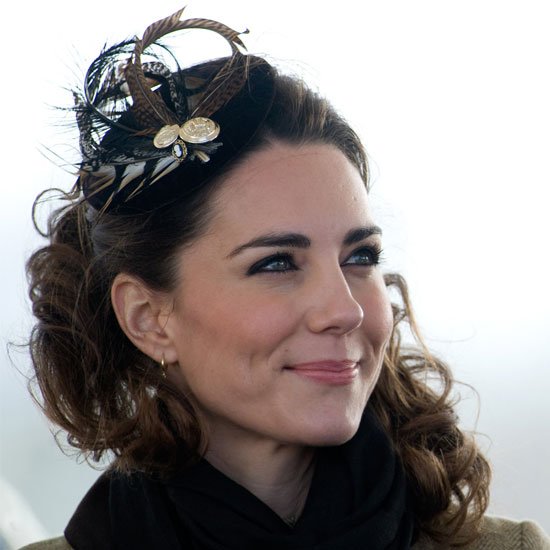 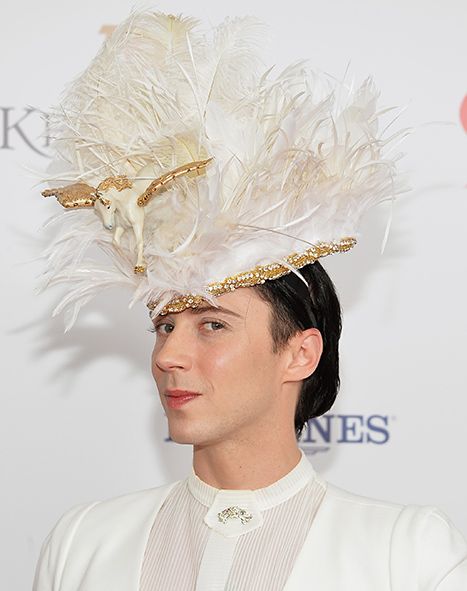 More about this Curio:
Allure: "Fascinators: The Hair Accessories' Perplexing History"
The Cut: "What's So Fascinating About a Fascinator?"
The Telegraph: "Are fascinators old hat? The politics of wearing fashion's most divisive headwear"
Encyclopedia Britannica Blog: "Fascinating Fascinators: What's in a Name?"
Victoria and Albert Museum: "Millinery in Motion: Stephen Jones"