No thanks
Continue
Whoops!
Your free trial of Curious+ has expired
Person, Place, or Thing
Our encyclopedia of the odd and awe-inspiring.
Previous Next
January 29, 2018
1 CQ
Person: Edgar Allan Poe 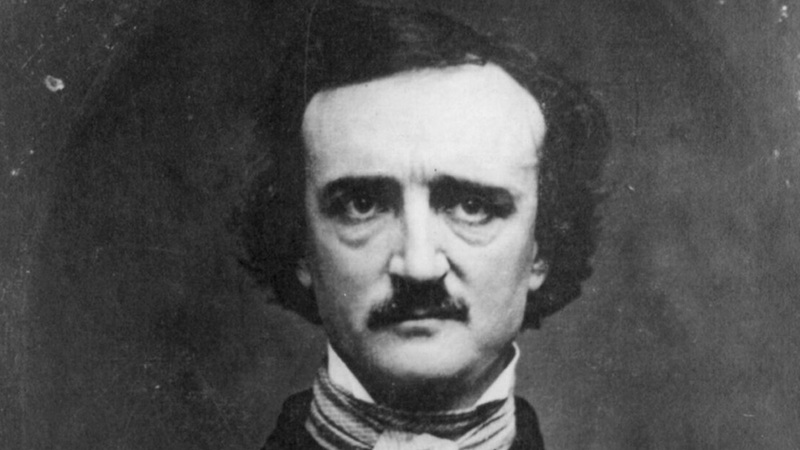 The gloomy poet's death was as grim and mysterious as his stories.
"Nevermore," quoth the police report. In life, famous poet Edgar Allan Poe invented the modern detective story, revolutionized the horror genre, and wrote one of America's most famous poems, The Raven—published on this day in 1845. But in death, Poe left an eerie mystery as spectacular as his stories, with a haunting refrain of its own: "Reynolds!"
Things had been going relatively well for Poe during his final days in Richmond, Virginia. He was newly engaged, sober, and steadily working. He even had a furry companion: his beloved tortoiseshell cat, Catterina. But when he readied himself to travel to Philadelphia, Pennsylvania, for an editing gig, he seemed… ill. His fiancée, Elmira Shelton, implored him to see a doctor; when he did, he was advised not to travel. Poe, scraping by on the modest earnings of a poet, left by boat anyway.
Days later, in the cold October rain, Poe was found delirious and dressed in soiled rags, floundering in the streets of Baltimore. To the man who found him, Poe requested to see a local acquaintance for help but was rushed to a doctor instead. There, in the clinic, Poe babbled incoherently and experienced visual hallucinations for four days. To his dying breath, he called out a name over and over: "Reynolds!"
Baltimore authorities attempted to make sense of the high-profile death, but they were instead confronted with Poe's mysterious life. The poet had promoted a fanciful image of himself as a detective and a revolutionary from Greece. Policemen were left scratching their heads as they sought his next of kin.
Theories of what happened abounded, none of them conclusive. Perhaps Poe had been beaten and poisoned by Shelton's brothers in order to thwart their sister's marriage. But it's more likely that Poe's comorbid alcoholism and mental illness made a return… or did it? Some modern medical experts point to a menagerie of biological culprits, including rabies, carbon monoxide poisoning, and brain tumors. Regardless, whatever killed Poe was nasty.
After his death, poets and admirers flocked to collect locks of Poe's hair. Sadly, only seven people reluctantly showed up for his funeral. He had such a public reputation for erratic behavior and binge drinking that a scathing, libelous obituary was written about him. Only one soul truly mourned Poe: poor little Catterina lost her grip on life shortly after Poe's death.