No thanks
Continue
Whoops!
Your free trial of Curious+ has expired
Person, Place, or Thing
Our encyclopedia of the odd and awe-inspiring.
Previous Next
November 28, 2017
1 CQ
Person: Elizebeth Friedman 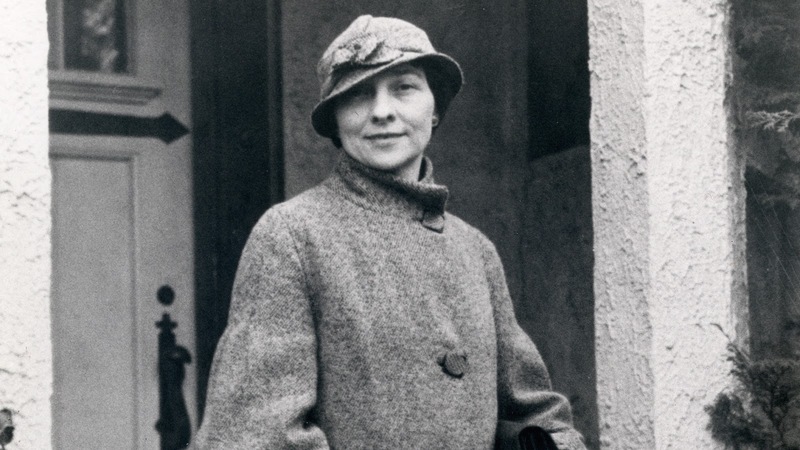 She tracked down gangsters, hunted Nazi spies, and earned the nickname "Lady Manhunter"—but few Americans know her name.
Elizebeth Friedman wasn't a mathematician. In fact, she aspired to be a poet and had a passion for Shakespeare. But over the course of her career as America's first female cryptanalyst, Friedman—born 125 years ago—developed unmatched skills as a codebreaker and helped convict bootleggers and spies.
Friedman learned the craft of codebreaking after college, when she was recruited in 1916 by eccentric multimillionaire George Fabyan to decipher Shakespeare works. Fabyan believed Francis Bacon was the real author of Shakespeare's plays, and that the works contained hidden messages establishing his authorship. Friedman was hired because of her interest in Shakespeare, but soon showed a knack for recognizing patterns and solving puzzles—essential codebreaking tools.
When Friedman moved to Washington, D.C. in 1921, she put these skills to use at the U.S. Treasury, which was combatting bootleggers. Prohibition was the law of the land, but smugglers routinely ferried large quantities of liquor into the U.S., evading the Coast Guard by using high-speed boats and communicating with coded messages. Between 1926 and 1930, Friedman deciphered 20,000 of these messages a year, using only a pencil and her brain.
Then, during World War II, Friedman worked with the FBI and British intelligence to break Nazi spy rings—including a huge network operating out of South America. She also helped convict Velvalee Dickinson, an antique dealer who was working as a spy for the Japanese government. Friedman helped decipher Dickinson's "business" letters, some of which revealed the location of U.S. ships.
Despite her astonishing resume, Friedman never received as much credit as the men around her. After the war, FBI director J. Edgar Hoover classified Friedman's work, and took credit for much of it. Like other codebreakers, Friedman was warned never to speak about her war work. Her husband, fellow codebreaker William Friedman—whom she worked closely with over the years—has consistently received more acclaim for their joint accomplishments than she has.
Still, Elizebeth Friedman never sought the spotlight. But her lifelong passion for cryptology did make appearances in her domestic life. For instance, she and her husband often communicated using codes, and hid messages in the menus when hosting dinner parties (guests had to solve puzzles to get to the next course). The couple even took this mutual passion to the grave; there's an encrypted message inscribed on their shared headstone that reads Knowledge is Power.
Image credit & copyright: Mob Museum