No thanks
Continue
Whoops!
Your free trial of Curious+ has expired
Person, Place, or Thing
Our encyclopedia of the odd and awe-inspiring.
Previous Next
November 1, 2017
1 CQ
Person: Black Bart 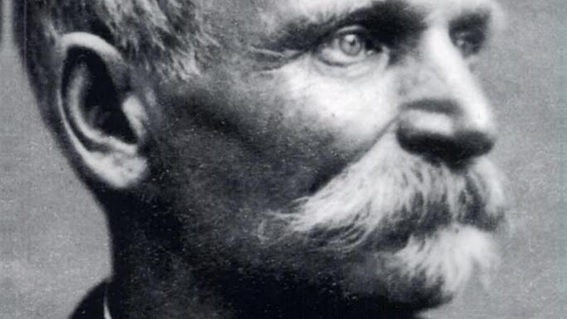 A haughty gentleman takes his frustrations out on Wells Fargo.
At a time of outlaws and highway robbery, Black Bart the bandit (and poet) was a breath of fresh air. Known for leaving mysterious, clue-laden poetry behind at his crime scenes, Black Bart was never concerned with the goods of passengers. He had a score to settle with some bankers.
Charles E. Boles was born in New York around 1830. Before he was Black Bart the bandit, he fought in the Civil War on the side of the Union in 17 battles, including Vicksburg. After his tour, he left his family in New England to strike it big during the Gold Rush in San Francisco, California. Only, he never struck it big.
After years of struggling in the mining industry, Boles started disappearing for weeks at a time, though nobody thought it suspicious. He was a patron of the local theaters, polite, and ate at fancy restaurants. As a friendly man in his fifties who sported diamond rings, a derby hat, and a gold watch and chain, Boles didn't fit the bill for a criminal.
Little did the locals know, Boles had begun wearing a flour sack over his head (with his derby hat over it) and holding up Wells Fargo wagons with an unloaded shotgun. But he wasn't robbing the passengers. Rather, when one woman tossed her purse out to him, he actually dusted it off and brought it back to her, ever the gentlemen. He only ever took Wells Fargo's gold; judging by scathing poetry left behind at crime scenes signed "Black Bart," his robberies were a manifestation of some personal vendetta with the company, who he referred to as "fine-haired sons of bitches."
From 1875 to 1883, Boles executed 29 Wells Fargo holdups without a single fatality, mostly because he ran—a lot. During one botched stickup, a man chased Boles off the trail with a hatchet. In another case, Boles' signature derby hat was shot off his head. Finally, on this week in 1883, Boles was counter-ambushed by a wagon man, causing him to flee recklessly and leave behind a personalized handkerchief.
That fancy handkerchief eventually led detectives to Boles' San Francisco address, where they promptly arrested him. After being tried, Boles plead guilty to a single robbery charge and was sentenced to six years in San Quentin prison—but was released in four for being such a charming gentleman. The saying really must be true: "Good manners will take you a long way!"