No thanks
Continue
Whoops!
Your free trial of Curious+ has expired
Person, Place, or Thing
Our encyclopedia of the odd and awe-inspiring.
Previous Next
October 4, 2017
1 CQ
Thing: Monty Python's Flying Circus 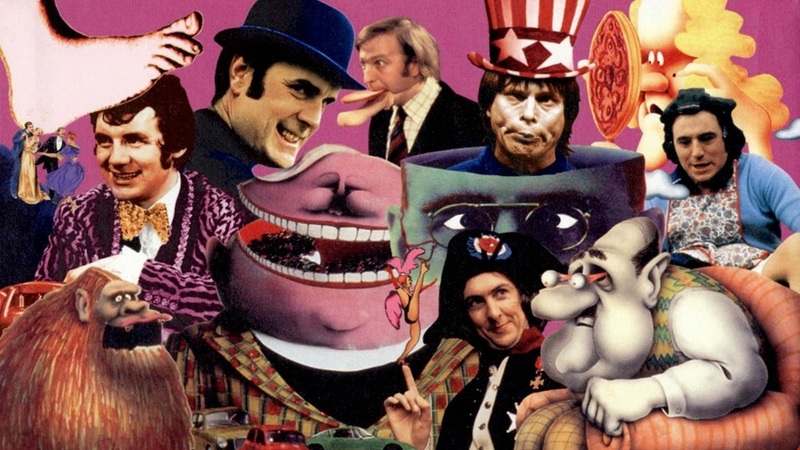 A sketch show broke the mold—and never reassembled it.
"And now for something completely different." On this week in 1969, the comedy sketch show Monty Python's Flying Circus first aired in the U.K. with a new and risky sense of humor: one that defied all the comedy rulebooks with its ridiculous yet intellectual chaos. Instead of formulated punchlines, skits were bulldozed by a promenade of surreal animations, silly characters, and the Foot of Cupid to stomp them all.
The show's unruly playfulness extended to their naming process, too. The troupe used word salad as fleeting titles, like "Owl Stretching Time," "Bun, Wackett, Buzzard, Stubble and Boo." Eventually, the British Broadcasting Corporation chose "Flying Circus" as the name, but the members added Monty Python because it sounded like a sleazy entertainment producer.
From 1969 to 1974, Monty Python's Flying Circus was so popular in Britain that ex-Beatle George Harrison swore his former band's playful spirit had passed on to the show. But it wasn't until production ended in 1974 and original member John Cleese departed that Monty Python finally hooked audiences in America. The transatlantic success prompted a few movie reunions like the grenade-laden Monty Python and the Holy Grail and the blasphemous Monty Python's Life of Brian (funded by Harrison). Unfortunately, the troupe would discontinue projects after the star of both movies, Graham Chapman, died of cancer in 1989.
But life after Python has been anything but dull for its members. For example, Cleese has acted in everything from the James Bond to Harry Potter franchises, while the other members are collectively responsible for a menagerie of diverse films like Ella Enchanted, Fear and Loathing in Las Vegas, and David Bowie's Labyrinth.
And considering the show's intellectual fanbase, its legacy has manifested in other remarkable ways. Lemur species, extinct snakes, and asteroids have been named after the show, along with the internet term "spam," derived from a skit about a Spam-specialty restaurant. This year, Elon Musk even launched a cheese wheel via rocket into space, stating it was Monty Python-inspired: the "Silliest thing [SpaceX] can imagine!"
Perhaps the best part of Monty Python's success is the earnestness with which they approached comedy ideas. Despite all of them coming from impressive colleges like Oxford, the pythoners simply loved being fools. "There was no predecessor for what we were doing. We were being different," member Michael Palin recalled. Which is just as well that no one expected the Monty Python Inquisiti—er, popularity on television, that is!

More about this Curio:
Mental Floss: "15 Facts about Monty Python and the Holy Grail"
BBC: "Monty Python's Flying Circus"
CNN: "How Monty Python changed the world"
Mirror: "Monty Python: Nineteen facts about the legendary comedy troupe you might not know"
Business Insider: "This is not a joke: Elon Musk once rocketed a wheel of cheese into space"