No thanks
Continue
Whoops!
Your free trial of Curious+ has expired
Person, Place, or Thing
Our encyclopedia of the odd and awe-inspiring.
Previous Next
August 28, 2017
1 CQ
Thing: Theremin 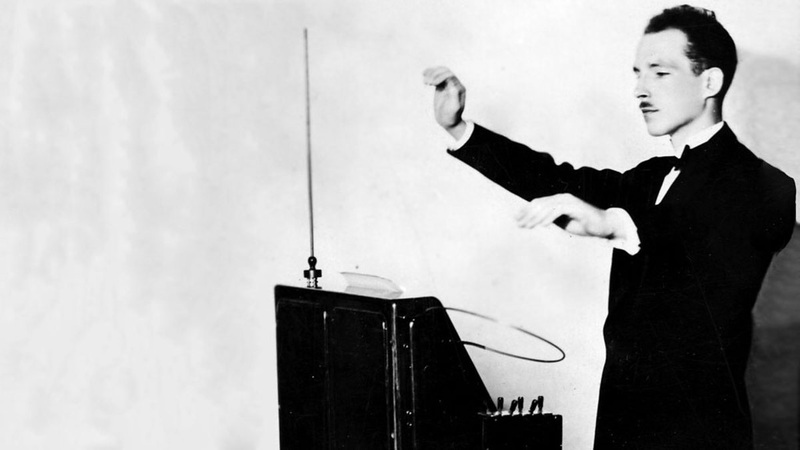 A hands-free musical instrument with Soviet ties.
Every instrument requires a certain form of stimulus to be played, whether it be plucking, picking—or in the theremin's case—waving. Born on this day in 1896, Soviet physicist and spy Léon Theremin revolutionized electronic music in 1919 with his invention of the theremin: an instrument played without any tactile contact, and wholly lacking any tangible scale to assist with pitch.
At 23, Theremin inadvertently created the groundwork for his eponymous device while building a density meter for gases. After he plugged his gizmo in, he noticed the prototype let loose an eerie squeal as he approached, with the pitch and volume dropping as he raised his hands, and rising as he lowered them. An amateur cellist, Theremin couldn't resist the urge to play a few melodies, quickly catching on and wowing his lab assistants with an impromptu performance.
The physicist developed a more streamlined version of the strange instrument, bringing it before Bolshevik leader Vladimir Lenin. He eventually achieved fame stateside with live performances at iconic American venues in the '20s, like Carnegie Hall and the Metropolitan Opera House. One such show attracted the Radio Corporation of America, who offered Theremin $100,000 for the rights to manufacture his invention. Theremin shook on the offer and began making rounds with tech leaders, surreptitiously spilling their secrets to the Soviet Union's KGB before mysteriously returning to the U.S.S.R. in 1938.
Nowadays, the theremin instrument features a standard layout. At its base lies a box full of control oscillators that transmit electronic signals. Two antennae sense the location of the thereminist's hands, with the upright antenna controlling pitch, and the loop antennae volume. Fretless, stringless, and valveless, the theremin must be an easy instrument to master, right? In all actually, the lack of features means musicians must gauge pitch by ear alone, which often steers away amateurs. Among other tricky variables, one must factor in fluctuation in the player's weight, which drastically affects the proximity the thereminist must place their hands to achieve a particular sound.
For these reasons, the theremin never quite caught on like the electric guitar, but its alien tunes did result in some of the classic '50s science fiction soundtracks we've come to know and love. And along this theme, we hope Léon Theremin's far-out instruments aren't transmitting our thoughts back in time to the KGB: beware the Red Menace! Ooo-eee-ooo.
Below: a video of Léon Theremin shredding his theremin.
Image credit & copyright: BBC


More about this Curio:
CBS: "The Theremin: A strange instrument, with a strange history"
Theremin World: "What's a Theremin?"
BBC: "Leon Theremin: The man and the music machine"