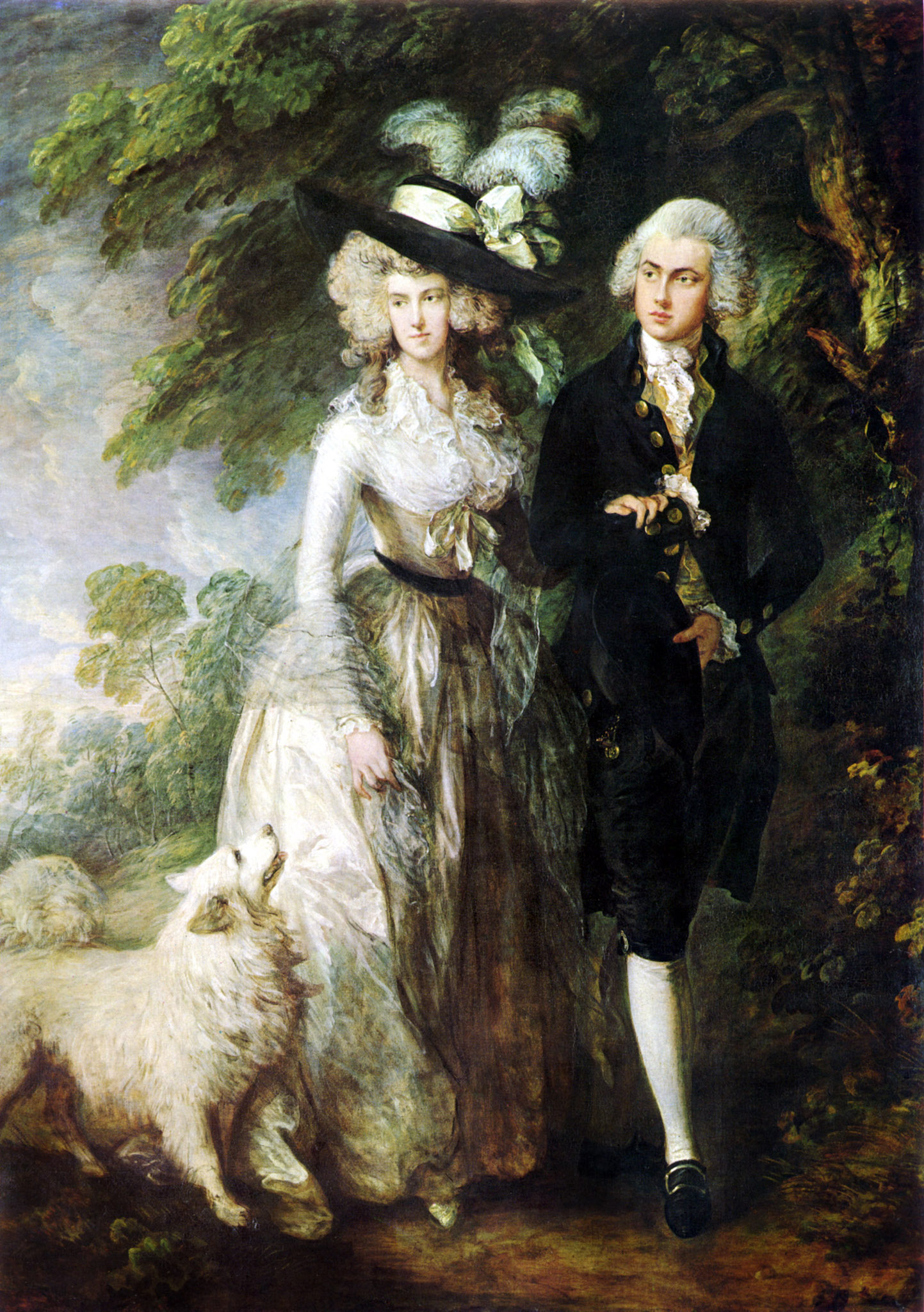 
What started out as a morning walk for the Hallets and their dog turned into quite the eventful afternoon. This past Saturday around 2:00pm, 63-year-old Keith Gregory made his way into London's National Gallery, where Mr and Mrs William Hallett (commonly nicknamed The Morning Walk) hangs, and attempted to slash the painting with a screwdriver. Thankfully, Gregory was detained by onlookers before too much damage could be done, and the Halletts are expected to make a full recovery. This is the first time a painting has been vandalized at the National Gallery in over 100 years. The famous work was created by British painter Thomas Gainsborough at the height of his success in 1785, a commission by 21-year-old William Hallett and his soon-to-be wife, Elizabeth. In a manner popular of 18th-century portraits, Gainsborough rendered the well-dressed couple against a pastoral setting. Despite wanting to appear natural, the Halletts' stiff stances give away that they posed indoors, likely separately, for the artist. Perhaps the screwdriver-wielding attacker was triggered by the couple's air of pretension. We're just surprised he still went ahead with it after seeing that lovable dog!
More about this Curio:
National Gallery: "Mr and Mrs William Hallett ('The Morning Walk')"
The Guardian: "Man charged over attack on Gainsborough painting at National Gallery"
Web Gallery of Art: "Mr and Mrs William Hallett ('The Morning Walk')"