No thanks
Continue
Whoops!
Your free trial of Curious+ has expired
Photo Curio
A picture is worth a thousand words. And a CQ point.
Previous Next
July 13, 2017
1 CQ
Been caught stealing 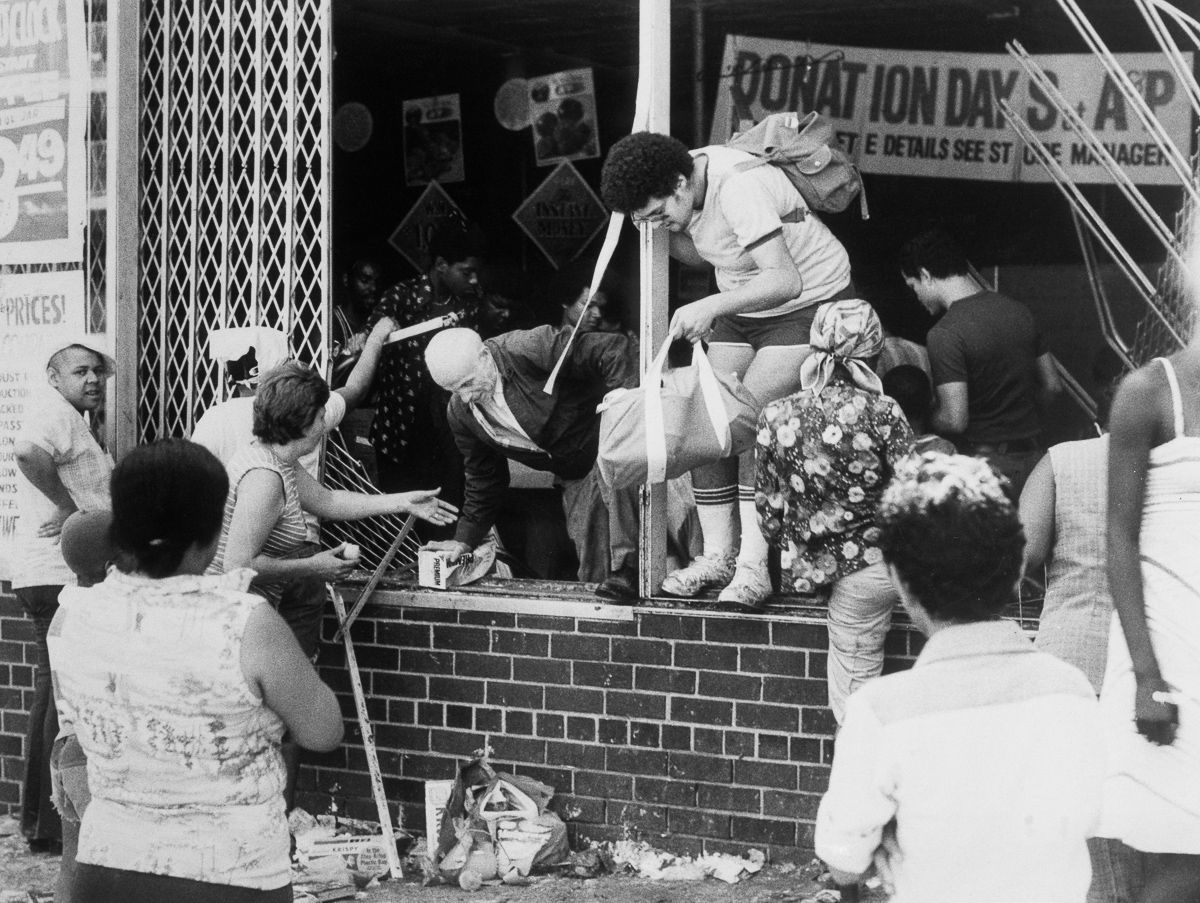 When the lights went out in New York City in 1977, the five-finger discounts started. During the 1977 New York City blackout, over 1,600 stores were looted, including this A&P supermarket at Ogden Avenue and 166th Street in the Bronx. These people, like the elderly man with the box of crackers in the window, were mostly out for A&P's food. But others treated the blackout as an opportunity for some serious lawlessness, and reports of looting the looters were not uncommon. The events of the day are often held up as an example of what can happen when political unrest and natural disasters—like the multiple lightning strikes that caused the outage—cause heavily restricted access to resources in low-income communities. The events of the two days when New York City completely broke down are depicted in Spike Lee's film Summer of Sam, and inspired the recent show The Get Down. Sometimes art has its own way of making sense of a chaotic situation.
Image credit & copyright: Bettman/Corbis