No thanks
Continue
Whoops!
Your free trial of Curious+ has expired
Person, Place, or Thing
Our encyclopedia of the odd and awe-inspiring.
Previous Next
June 9, 2017
1 CQ
Place: New Panama Canal 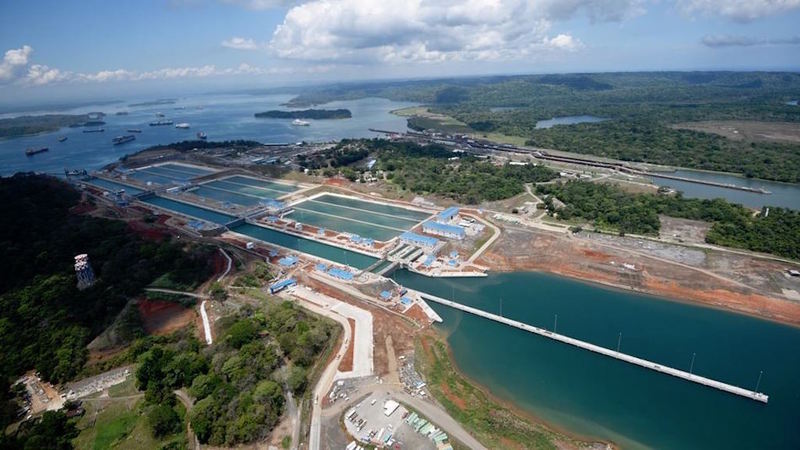 Newsflash: connecting two oceans is very hard.
One year ago today, the Baroque Valletta became the first commercial ship to pass through the newly expanded Panama Canal. The massive structure is 70 feet wider and 20 feet deeper than the original. Its successful test run heralded a new era of global shipping, and elicited 10,000 sighs of relief. Workers expected a disastrous failure, so much so that the Panamanian government and its consortium of contractors tried to keep the event a secret.
From the outset, everything about the expansion project seemed questionable: the managers, the plans, the location. Construction was initiated under President Ricardo Martinelli's administration, which was plagued by corruption. (Martinelli, whose term ended in 2014, is currently the target of an extradition request from Interpol for embezzlement and spying.) Stoking the flames of suspicion, the administration selected a plan $1 billion cheaper than other proposals. To top it all off, geologists had determined in late 2007 that fault lines in Panama were more earthquake-prone than previously thought, with some spots akin to San Francisco in their risk.
Not that previous canal projects went off without a hitch. The first attempt, by the French in the 1880s, to link the Atlantic and Pacific Oceans via Panama failed miserably. After nearly a decade and 20,000 fatalities, France abandoned the idea. The Americans only focused on the Panama Canal after having their own failure in Nicaragua in the 1850s. And when Colombia, which owned the Isthmus of Panama at the time, refused to lease the land, President Teddy Roosevelt lent military support to a coup for Panamanian independence.
The original Panama Canal, which was finished in 1914, was overdue for an update—no matter how messy. With more major global players and improved nautical technology, the size and scope of goods being transferred had become too big for the century-old structure to handle. What was once a feat of modern engineering risked going the way of the Erie Canal, made obsolete by more current modes of transportation.
The expansion was supposed to be finished by 2014, to coincide with the centennial of the original Panama Canal's opening. But construction logistics, money squabbles, and complications from climate change delayed the project by two years. Plus, a major snafu in the design caused a huge leak in one of the locks that was captured on camera by a worker. Even now, after the Canal's completion, doubts remain about the strength and stability of the structure—and contractors are seeking $3.4 billion in payments, some of which may be in addition to the $5 billion cost that was estimated at the outset of the project.
Still, since the Baroque Valletta made its way through the new locks last year, the Canal has stayed open. And as long as British grocery stores want Ecuadorian bananas and American factories want minerals from Rwanda, we're guessing it's going to stay that way.