No thanks
Continue
Whoops!
Your free trial of Curious+ has expired
Person, Place, or Thing
Our encyclopedia of the odd and awe-inspiring.
Previous Next
June 7, 2017
1 CQ
Thing: Drive-in theater 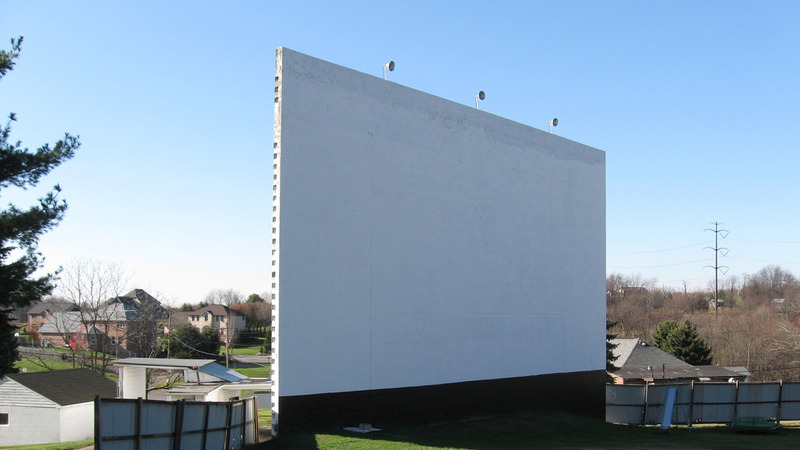 How the silver screen found its way into American suburbs' vacant lots.
At first, Richard Hollingshead was just trying to be a good son. His mother struggled to sit comfortably in traditional movie theater seats, so Hollingshead devised a homemade solution. He placed a projector on the roof of his car and aimed it at a white sheet tied between two trees, so Momma Hollingshead could watch her favorite reels from the comfort of a car seat.
The more he thought about his invention, the more Hollingshead saw a business opportunity. It was the early '30s, and Americans were still in their honeymoon phase with automobile culture; the first motels, drive-in restaurants, and roadside attractions were cropping up all over the heartland. So, Hollingshead applied for a patent and was granted one in May 1933.
Hollingshead's drive-in theater opened on June 6, 1933, in Camden, New Jersey. (The first movie it showed was Wives Beware. Tickets cost 25 cents.) It took some time for Americans to get used to the idea, in part because Hollingshead's patent prevented other entrepreneurs from creating their own locations. However, when the patent was overturned in court in 1949, business spread like wildfire.
By the '50s, drive-in theaters had become embedded in suburban society, with over 4,000 locations across the country. They became a trope in popular culture as a trendy place for young people to hang out, fueled by their growing reputation for playing host to hormone-fueled teenage lovers turned away from Make-Out Point. Indoor theaters remained popular for their capability to hold more showings, rain or shine; but drive-ins carved out a niche by showing B-movies and erotica that established theaters wouldn't touch.
The postwar boom would not last forever, though. In the 1980s, drive-in theaters started to close en masse. Owners and operators chalked up their losses to a million different things: the rising cost of real estate, the end of the American fascination with auto culture, and even the institution of Daylight Saving Time.
Nowadays, there are only 336 drive-in theaters in the U.S. The institution has been reduced to a novelty, a synecdoche of bygone American mid-century culture. The diner chain Johnny Rockets has upheld the torch, opening a flurry of new drive-in theaters designed to sell the chain's food. We're curious about the idea, but we'll need to check the weather first.