No thanks
Continue
Whoops!
Your free trial of Curious+ has expired
Person, Place, or Thing
Our encyclopedia of the odd and awe-inspiring.
Previous Next
April 22, 2017
1 CQ
Person: Gaylord Nelson 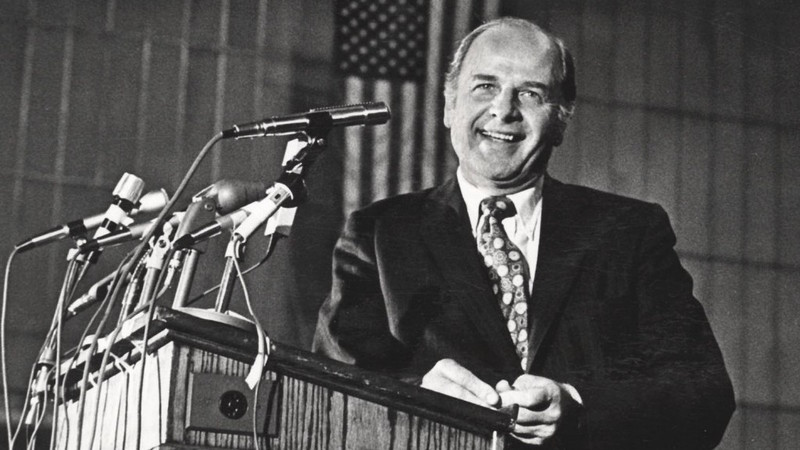 How one Wisconsin senator's passion for the environment started a global holiday.
With millions of participants from 192 countries, Earth Day is one of the most widely celebrated secular holidays in the world. Not bad for a "hippie holiday" started by a single senator from Wisconsin.
Gaylord Nelson made environmental activism his top priority from day one of his congressional career. When he was elected to the Senate in 1962, he used his first speech to call for "a comprehensive, nationwide program to save the natural resources of America." With few interested in touching the fledgling political cause, Nelson's vision didn't immediately pan out; but that didn't stop him from becoming Congress' leading voice on environmental protection. In 1963, he convinced President John F. Kennedy to tour the country to speak about conservation; in the following years, he introduced legislation to ban the use of DDT and helped pass a law protecting the 2,200-mile-long Appalachian Trail.
But Earth Day, his crowning achievement, came to fruition outside the halls of the Capitol Building. In 1969, Nelson conceived of a nationwide "environmental teach-in" on his way back from visiting an oil spill in California. He reached across the aisle to invite conservative Republican Representative Pete McCloskey to co-chair an independent organization for the event and hired Harvard grad student Denis Hayes as nationwide coordinator. The motley crew pulled off a stunning success on April 22, 1970, when one in every 10 Americans, 20 million strong, showed up at events across the U.S. for the first Earth Day.
Impressive numbers aside, the initial media response was mixed, with Newsweek memorably calling it a "bizarre nationwide rain dance." But the real fruits of Earth Day were to be reaped in the months and years to come. In December 1970, the Environmental Protection Agency (EPA) was established to carry out regulations set forth in the Clean Air Act. The Clean Water Act came in 1972, and the Endangered Species Act in 1973. Historians have branded the '70s as the environmental decade, thanks to the movement Nelson helped start.
In 2017, with Nelson's EPA legacy on the line, and the man himself not around to protect it (he passed away in 2005), scientists have taken up the mantle to raise awareness about today's global environment issues. The March for Science, happening in more than 600 cities worldwide, coincides with this year's Earth Day celebrations. Today is sure to be a pressing reminder of the lengths we must go to to protect our planet now, so we may enjoy many more Earth Days in the future.