No thanks
Continue
Whoops!
Your free trial of Curious+ has expired
Person, Place, or Thing
Our encyclopedia of the odd and awe-inspiring.
Previous Next
April 19, 2017
1 CQ
Person: Barbara Walters 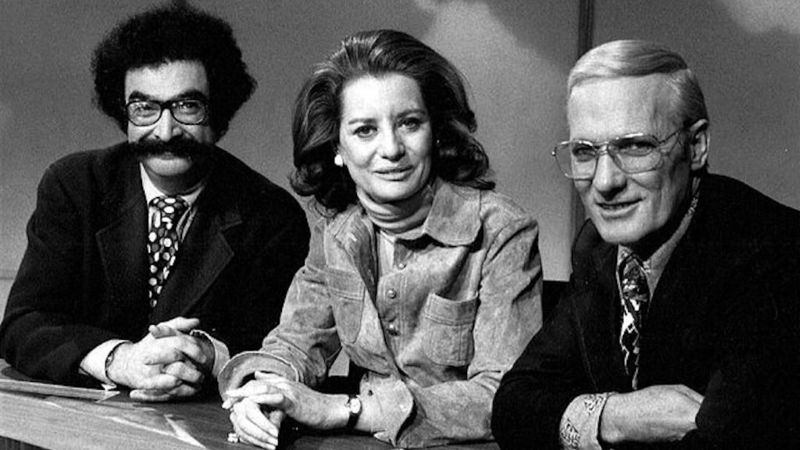 The trailblazing career of TV's first female evening news anchor.
On April 22, 1976, the old boy's club of journalism took a blow when it was announced Barbara Walters would be joining the ABC Evening News as a co-anchor. She would be the first woman to anchor an evening news broadcast.
ABC couldn't have picked a better person to break the gender barrier. An experienced journalist, Walters excelled in front of the camera as a co-host of NBC's Today show, where she toed the line between news and entertainment with aplomb. Before her stint on the Today show, Walters had worked behind the scenes as a producer, writer, and editor for local TV.
Her transition to nightly news wasn't a total success. Shortly after ABC's announcement, Walters' high starting salary ($1 million) was leaked to the press—a development that would cause an immediate schism between her and new co-anchor Harry Reasoner. The two exhibited open hostility toward each other on air that, in Reasoner's case, ventured into outright sexism.
Regardless, Walters continued to raise her profile—especially through her work as an interviewer. The same year, Barbara Walters Specials debuted as a vehicle for the anchor to sit down with the world's most famous figures. Early "gets" included President Jimmy Carter, Barbra Streisand, Cuban president Fidel Castro, and a joint-interview of Egyptian president Anwar Sadat and Israeli prime minister Menachem Begin.
In 1997, Walters broke new ground again with The View, a five-woman talk show that touched on everything from international politics to celebrity gossip. All the while, she was still producing specials. Her most widely acclaimed interview two years into her new show, with ex-White House intern Monica Lewinsky—the first time Lewinsky spoke publicly since news of her affair with then-U.S. president Bill Clinton broke.

Walters retired from journalism in 2014, after 50 years in the business. That same year, the Women's Media Center reported that 58% of news stories at ABC, where Walters got her start, were reported by female anchors—including, of course, countless pieces from the five female co-hosts of The View.


More about this Curio:
The New Yorker: "I Have to Ask"
Emmy TV Legends: "Barbara Walters Interview"
Biography: "Barbara Walters"
Women's Media Center: "The Status of Women in the U.S. Media 2014"