No thanks
Continue
Whoops!
Your free trial of Curious+ has expired
Person, Place, or Thing
Our encyclopedia of the odd and awe-inspiring.
Previous Next
March 31, 2017
1 CQ
Person: Cesar Chavez 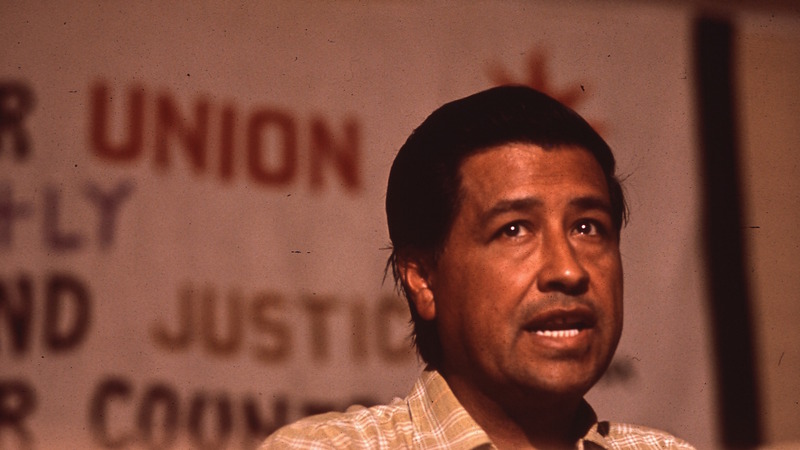 Celebrating the birthday of the farm workers' hero.
¡Sí, se puede! The rallying cry of Barack Obama's 2008 presidential election, "Yes We Can," was actually cribbed from a union motto made famous by labor activist Cesar Chavez. Today would have been Chavez's 90th birthday.
Chavez understood the struggles of the Latino farm worker from an early age. Born and raised outside of Yuma, Arizona, the state foreclosed on his family's home when he was just 12 years old. As a teenager, he worked in avocado and pea fields alongside his mother, father, and siblings for little pay, with no organized labor unions to turn to for disputes with farm owners.
After years of migrant labor, Chavez settled in San Jose, started a family, and began to dedicate himself to Latino labor causes. He won wide praise for his work as an organizer for the Community Service Organization—helping locals with immigration forms, challenging deportations, and fighting structural racism.
But his biggest triumphs came when he broke off to form a new labor organization: the United Farm Workers, or UFW. In 1965, the UFW made waves at the Delano Grape Strike, a massive five-year demonstration that garnered national news coverage. Chavez's personality and well-publicized hunger strike took center stage, allowing the UFW to steer public opinion. The standoff ended in 1970 when grape workers agreed en masse to sign new contracts with farm owners. Chavez continued to push for change, helping pass the 1975 California Agricultural Labor Relations Act that gave collective bargaining rights to farm workers in the state of California.
While Chavez's achievements were awe-inspiring, his later years revealed a different side to his persona. At the peak of the UFW's popularity, Chavez was notably unwilling to delegate responsibilities to other members. Paranoid about traitors and spies (rightfully so, as the FBI was later revealed to have had an extensive file on him), he began to alienate rank-and-file workers. Most damningly, he adopted a horrifying management technique known as "The Game," in which he would subject specific UFW underlings to group verbal abuse to test their loyalty. UFW membership peaked in the '70s at around 50,000; today it stands at about 8,000.
His later career mishaps didn't stop Chavez from going down in history as a pivotal figure in the labor and civil rights movements. Bill Clinton, bestowing a posthumous Presidential Medal of Freedom on Chavez in 1994, remarked: "He was for his own people a Moses figure." Hard to find a much higher honorific than that.