No thanks
Continue
Whoops!
Your free trial of Curious+ has expired
Person, Place, or Thing
Our encyclopedia of the odd and awe-inspiring.
Previous Next
February 17, 2017
1 CQ
Person: Robert Smalls 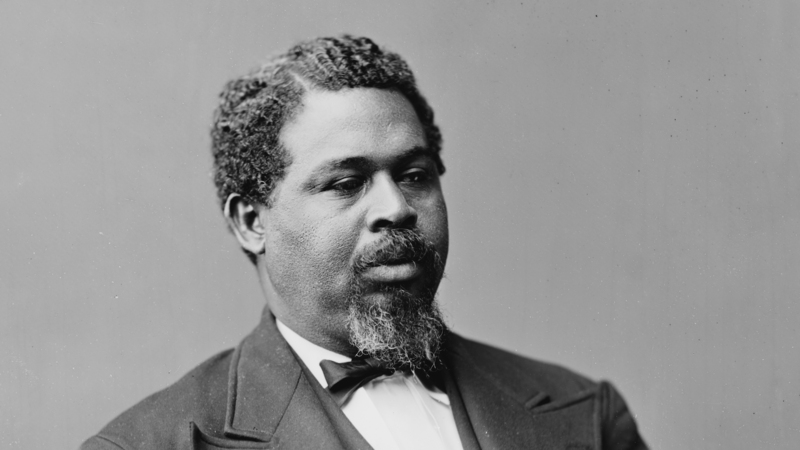 How a slave sailed to freedom aboard a Confederate ship.
In the early hours of May 13, 1862, an enslaved African-American man named Robert Smalls welcomed a group of 17 black passengers aboard the USS Planter, as it lay docked in Charleston, South Carolina. The ship was supposed to stay at port until the next day, while its captain and crew took the night off. But 23-year-old Smalls, who was the ship's pilot, had other plans.
Smalls donned a captain's uniform, hoisted a Confederate flag, and started toward the Atlantic Ocean. He passed by five forts, blowing his steam whistle in compliance with each one, and taking care to hide his black face. It wasn't until he reached the Union blockade, just off the South Carolina coast, that Smalls exchanged the Confederate flag for a white bedsheet his wife smuggled from her job at a local hotel. As the Planter approached a nearby Union vessel, Smalls shouted: "Good morning, sir! I’ve brought you some of the old United States guns, sir!"
The Union soldiers thanked Smalls for his triumphant escape and heist by awarding him and his passengers their freedom from slavery. The story was a hit with Northern newspapers, and Smalls became an instant celebrity. In the months following, he went on a speaking tour in the North that proved influential; it's been partially credited for President Abraham Lincoln's decision to allow African-American soldiers to fight in the Civil War.
But Smalls wasn't done just yet. In 1863, he entered Navy service as the captain of the Planter, the very ship he had stolen. He participated in 17 battles; when the South surrendered in 1865, Smalls was aboard the Planter in the Charleston harbor from where he'd escaped just three years earlier. After the war, he returned to South Carolina, where he would serve as a state legislator for over a decade. He died in 1915, in the house of his ex-slave master—purchased with the money he was awarded for stealing the Planter. "Wow" is all we can say: sometimes, revenge really is sweet.

More about this Curio:
Black Past: "Smalls, Robert (1839-1915)"
PBS: "Which Slave Sailed Himself to Freedom?"
Washington Post: "Civil War hero Robert Smalls seized the opportunity to be free"
Mental Floss: "Robert Smalls: The Slave Who Stole a Confederate Warship and Became a Congressman"