No thanks
Continue
Whoops!
Your free trial of Curious+ has expired
Person, Place, or Thing
Our encyclopedia of the odd and awe-inspiring.
Previous Next
January 20, 2017
1 CQ
Thing: Asbestos 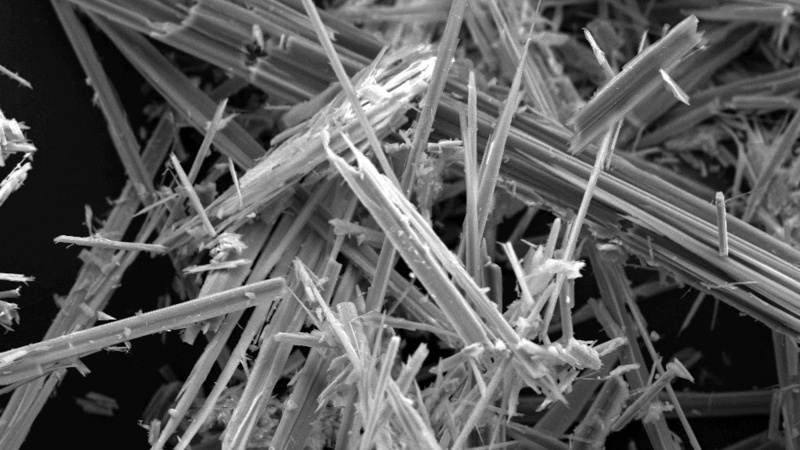 Is asbestos coming full circle?
Asbestos manufacturers may have reason to rejoice today. If President Trump's past opinions are any indication, his incoming administration may change course on the government's stance on asbestos for the first time since EPA regulations first curbed its use in the 1970s.
First, what is asbestos? Processed rocks, basically. Asbestos fibers are extracted from mineral deposits found underground. The resulting material is lightweight, fire-resistant, electricity-resistant, and odorless—a seemingly perfect construction material. The only problem: it has been scientifically proven to promote lung cancer, especially a variation called mesothelioma. At a biological level, the risk comes from a condition called asbestosis, where asbestos fibers form a scar-like tissue in the lungs that inhibits lung function.
Researchers have studied the health risks of asbestos since the 1920s. Still, it was the fire-retardant of choice for construction companies into the mid-20th century. Only when court cases began to reveal a mass cover-up of asbestos risks by manufacturers did builders switch to alternatives.
Asbestos removal companies have cropped up to meet the demand for renovating asbestos-tainted buildings; although, a much bigger cottage industry can be found in mesothelioma law firms. Law experts say asbestos is the source of the longest running tort in U.S. history. Since the '70s, over 700,000 claimants have filed suit for exposure to asbestos "against over 8,000 companies representing 91% of the industries in the United States," according to law expert James R. Copland.
Here's where President Trump comes in. Asbestos, he believes, has been the victim of a Mafia-led smear campaign, which was designed to create business for Mafia-led asbestos removal companies. He went even further in a 2005 government subcommittee hearing, suggesting a lack of asbestos contributed to the destruction of the Twin Towers on September 11. In fact, the World Trade Center contained an estimated 400 tons of asbestos in its insulation and drywall—asbestos later linked to the death of a Ground Zero emergency responder.
Last month, the U.S. EPA announced it would be diving into a detailed study on the risks of asbestos as part of new legislation amending the Toxic Substances Control Act of 1974. Sounds like a new debate, ready to spark.