No thanks
Continue
Whoops!
Your free trial of Curious+ has expired
Person, Place, or Thing
Our encyclopedia of the odd and awe-inspiring.
Previous Next
January 19, 2017
1 CQ
Person: Nichelle Nichols 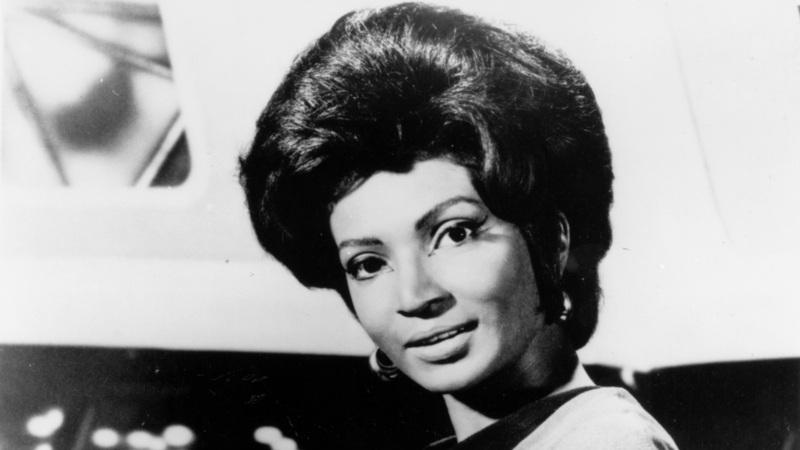 "Live long and prosper" is probably an understatement.
qoSlIj DatIvjaj*, Uhura! According to Star Trek canon, the communications officer of the USS Enterprise was born on this date 216 years in the future. (That's Stardate 1261.2 to you hardcore Trekkies.) In the original show, which aired from 1966 to 1969, Uhura was one of the highest ranking colleagues of Captain Kirk—no small feat, given that the character was played by Nichelle Nichols, a black woman. At the time, most black women on TV were relegated to servant roles.
During the first season of the show, Nichols was ready to quit. Racist behavior from network executives, coupled with her discovery that her fan mail was being withheld, led Nichols to look for other opportunities. She envisioned a transition to Broadway to return to her singing and dancing roots; before Star Trek, the multi-talented Nichols toured with acts such as Duke Ellington and Lionel Hampton.
It took a chance encounter with one of her biggest fans to convince her to stay. Nichols met Dr. Martin Luther King, Jr. at a NAACP event just days after she had given notice to Star Trek showrunner Gene Roddenberry that she wouldn't return for another season. Dr. King was flabbergasted. "Do you not understand what God has given you?" he said. "You have the first important non-traditional role, non-stereotypical role. You are changing the minds of people across the world, because for the first time, through you, we see ourselves and what can be."
Nichols relented. We're thankful she did, as she stayed on till the series finale—breaking barriers each season. Among them: her kiss with Captain Kirk, one of the first interracial kisses aired on television.
Nichols continued to explore the final frontier even after Star Trek ended. In the '80s, she partnered with NASA to increase the agency's race and gender diversity. Her program recruited both Guion Bluford, the first black astronaut, and Sally Ride, the first female astronaut. Even a stroke in 2015 couldn't keep Nichols down; she continues to work as an actress, with several projects slated for release this year. A Vulcan salute to you, Ms. Nichols.
*Happy birthday, in Klingon.