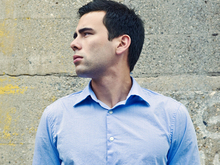 HMM Director, Ben Uyeda, received both his B.Arch. and his Master of Architecture from Cornell University. After graduating in 2005, Ben was hired as a visiting lecturer at Cornell where he created an original curriculum for teaching sustainable design, emphasizing the importance of critically understanding contemporary media and popular culture when trying to implement environmentally progressive technologies.

In 2008 Ben launched FreeGreen.com, a web-based media company that distributes green home designs over the Internet. By 2009 FreeGreen became the largest supplier of house plans in the world and was recognized by I.D. Magazine in its annual I.D. 40 issue as one of the 40 projects/people that is transforming the world. FreeGreen's innovative business model has been discussed in numerous publications including The New York Times, Architectural Record and Fast Company.

In his free time, Ben writes for the Huffington Post.

All Lessons by Ben Uyeda